An unlikely redemption? European free trade and resisting the Russians 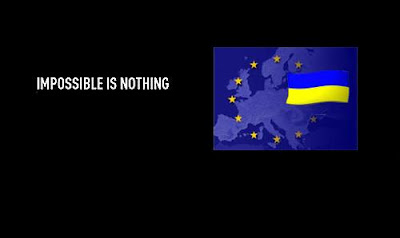 After 13 months of almost continuous bad news on Ukraine’s political landscape, the apparently positive developments in negotiations for the EU-Ukraine DCFTA are welcome, and the struggle as Russia instead seeks to wrestle Ukraine away into its ‘customs union’ is fascinating. Many commentators are looking at this as a pivotal moment in Ukraine’s future path of development. Russia offers a ‘better the devil you know’ option against the ‘what if’ possibility of maybe, just maybe, joining the European family. It appears Mr Putin left empty handed after coming to Kiev this month to state the opportunities and threats for Ukraine of joining or not joining the customs union. In declaring that Ukraine wishes to be a participant in a '3+1' format it appears Yanukovych is using an old EU tactic of setting out principles that are deliberately vague, and which could be interpreted later in a variety of ways.

There is a history of Ukraine's politicians attempting to gain 'Euro cred', going back to Kuchma's grand designs on EU membership, which were of course backed up by little substance in the way of reform. Yushchenko most energetically wrapped himself in the blue and gold, and did take some concrete steps in taking Ukraine into both the WTO the Bologna education process (the latter has since begun to be unraveled by the current administration) but failed to break the back of other necessary reforms (and gained no political capital from not doing so, if his plummeting popularity was anything to go by). Their efforts to make headway with Europe are generally judged as being a failure, and Yanukovych was subsequently elected on the pragmatic pro-Russian ticket, yet, as some predicted, his election has definitely concentrated the minds of some people in Brussels.

Although many member states are Russia-friendly, for the EU as a whole a stronger and wider Russian influence would not be altogether welcome. And Ukraine, for all its faults, still represents an opportunity to bring another 45 million people (at last count) into the single market, and serves as a possible lever for bringing in another 150 million from the former Soviet world in due time. Yanukovych was left, ironically as a legacy of the orange years, with the opportunity to conclude the free trade agreement with the EU. A whole-hearted 'Europeanisation of the oligarchs' has not taken place, but in the overall scheme of things the DCFTA has a lot to offer them as metals and chemicals exporters, and the alternative of the customs union might turn out to have risks of its own.

It’s difficult to look on the customs union as anything other than a thinly veiled neo-imperialist project, a sort of preliminary stage in attempting to re-establish the USSR/Russian Empire (Patriarch Kirill’s obsessive visits to Ukraine are difficult to explain except as part of that same project). Hence Mr Putin’s eagerness to make sure this one doesn’t get away. Russia has yet to have a Suez moment, after which it would downsize its ambitions and start to concentrate on the serious business of becoming a normal European country. Ukraine, Georgia, Moldova etc. will probably have to live with this post-imperial delusionism form their eastern neighbour for some time to come.

Russia has predictably waved the carrot of cheap gas. But like the biblical Esau selling his inheritance for a single meal, selling out the entire future of Ukraine for cheap gas would be hopelessly myopic. Current studies even suggest that Eastern Ukraine might be sitting on significant reserves of shale gas, so the answer to heavy industry’s gas dependence might be right under their noses. Citing the legacy of Soviet industrial infrastructure, as Putin did during his visit, is seriously clutching at straws. Most sensible people from the Donbas admit that the system has been dismantled too far now to be reassembled. For instance, Russia now mines coal quite happily in opencast mines, so why would they go back to buying it from Ukraine? Overall, the potential benefits of the customs union do not look overwhelming, and joining could be a terrible sellout for very little return.

As a word of advice to our Russian friends, it’s the neo-imperialist undertones (overtones?) that might ultimately scare Ukraine away. After all, do the Ukrainian oligarchs really want to be reigned in as the Russian ones were? Would Ukraine be amalgamated out of existence as Tatarstan is about to be? Does anyone in Ukraine really want that? It’s about time we stopped taking the ramblings of a few nutters in Sevastopol as indicative of the predominantly Russian-speaking areas of Ukraine. The real picture is far more nuanced. On a trip to the very first village outside any major Russian-speaking city one will soon hear Ukrainian, even if it is of the hybrid ‘surzhik’ variety. Whilst there is very little overt hostility to Russia amongst the vast majority of Ukrainians (the western regions excepted), Russians overstate the feelings of Russianness in Ukraine.

Another factor is that it’s actually rather more difficult for Russia to play hard ball with this government than it was with the previous one. Yanukovych’s administration has given so many genuine concessions to Russia. The Black Sea Fleet is free to remain for a generation, Russian language is back in the ascendancy, Russia-friendly textbooks are going into the schools etc. etc. Yushchenko was easily painted as a rabid Russophobe enemy and a hand therefore poised on the gas tap, but these new people in Kiev are supposed to be their friends, even now aping many features of the Putinist approach, imitation being after all the sincerest form of flattery. Andrew Wilson has argued that Yanukovych's pro-Russian stance might paradoxically actually make it easier for Ukraine to somehow manoeuvre itself into the European sphere. Can Russia really fight the Yanukovych government having seen during the long orange years what the alternative might be?

However, the EU road looks long and often far from promising. There are some apparently persuasive arguments for abandoning negotiations with the EU, particularly in the current climate. Too many big EU states are now obstructing enlargement, the EU is ridden with all kinds of crises and going against the will of Russia could be a major headache. One can also understand Ukrainian pessimism towards Europe. Look at Turkey’s pursuit of EU membership which dates back to 1987 when it was deferred to ‘more favourable times’ which more than 20 years later show no signs of arriving (the European Commission clearly refrained from offering Ukraine the prospect of even eventual membership to avoid being put in the same position again). However, if the prize of membership has eluded the Turks thus far, they have still developed positively on economic, democratic and, to at least some extent, on human rights indicators. Ukraine could do with at least the same Europeanising force that Turkey has gotten from long term political engagement with Brussels. The journey is as important as the destination.

If the DCFTA is really the road to Europe, it could be a very long road indeed, but it beats the dead end of the customs union. Yet Brussels could be doing more. Putting off visa liberalisation for Ukraine because of the North African problem, as has been rumoured recently, doesn’t really follow sound logic. What’s the link between Libyans fleeing a civil war and Ukrainians trying to visit France, Spain or Hungary for their holidays? They might even spend money there, at a time when you would think EU states could do with the cash (?). More importantly, if they like what they see, they might bring some of those ideas home. We all know that some Ukrainians overstay, but there is no reason why automatic visas could not be granted for those who have already shown from previous trips that they can adhere to the rules. For now, Europe sends out to thousands of Ukrainians every year a message of rejection and inferiority, so no wonder some have already given up.

But finally, if this isn’t a flight of fancy, just supposing Ukraine does enter a common free trade area with the EU, and supposing over time it does well out of it, and edges incrementally closer and closer to real and meaningful European integration. The historical legacies of Ukraine’s soap opera politicians might one day be seen in a completely different light. The passage of Ukraine into first the WTO under Yushchenko, and then the DCFTA under Yanukovych might paint them as unlikely founding fathers of a European future for Ukraine. After that who knows? Visa free travel? EU membership? The Euro? Imagine that. 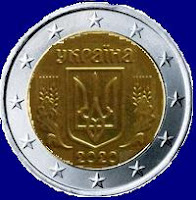 Posted by Jonathan Hibberd at 3:01 am