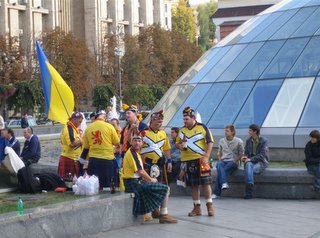 An unexpected and rather surreal sight from around the beginning of the week was what was at first a trickle of kilted men wandering aimlessly up and down Kreshchatik (Kiev's main thoroughfare). It swelled somewhat as the week went on and, despite being layed into nastily by a gang of Ukrainian thugs on Tuesday night, the Tartan army was out in force on the day of the match on Wednesday (as evidenced by the photos below). In the event their presence was not able to prevent the Scots losing out to the mighty Ukraine by 2 goals to nil. 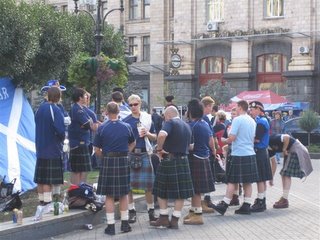 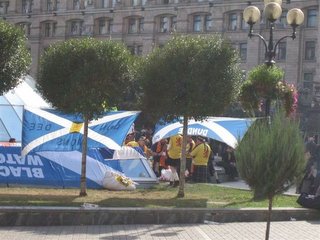 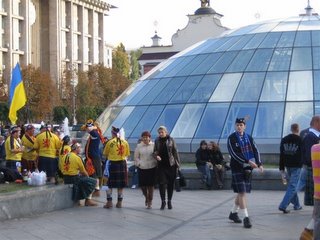 Posted by Jonathan Hibberd at 10:50 pm