These are from June, but better than never I hope. 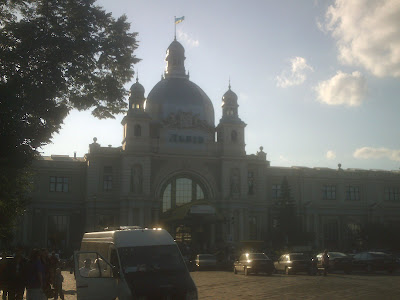 The railway station. The overnight train from Kiev deposited us around 6.30 in the morning. Dawn was met on the train by coffee, delivered by staff speaking Ukrainian and the playing of the Ukrainian national anthem over the radio.

Signs of Polish-Ukrainian friendship ahead of Euro 2012. Of course, to Poles, this is Lwów. In fact, if you can imagine, the city was in the north east of Austria-Hungary (under the name of Lemberg), then in south eastern Poland, then far far western USSR (Lvov), and now the patriotic stronghold of western Ukraine. 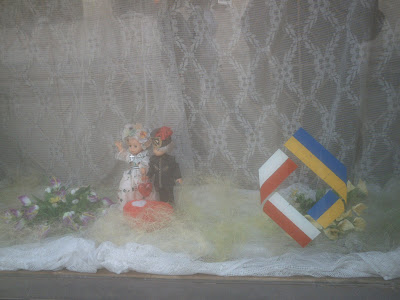 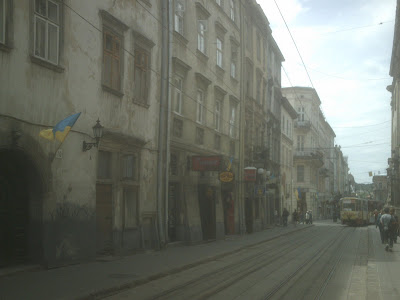 "I'm in Europe!", I said to my friend by text message. 'When did I cross the border?', I thought. 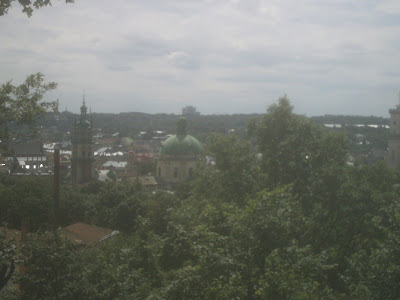 View of the almost Italian-looking skyline from the top of the hill. My rubbish camera can't do it justice. Had a splendid meal at a cafe at the top. 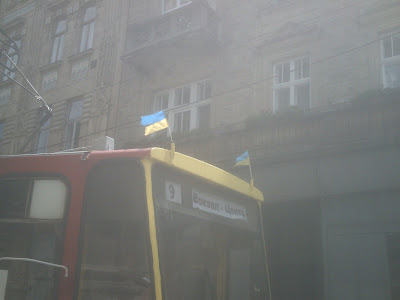 The little flags are for 'Constitution Day'. Can you imagine little England flags on the buses for St, George's Day. If only . . .
These people genuinely love being Ukrainian-a marked difference to elsewhere in the country. 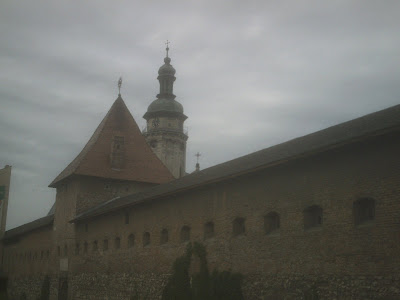 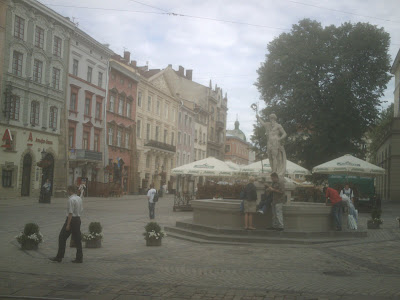 Go to Lviv! It's the last one of these old Central European cities that hasn't been ruined by Ryanair and stag parties! So if you're having a stag party, don't go to Lviv!
Posted by Jonathan Hibberd at 3:21 am